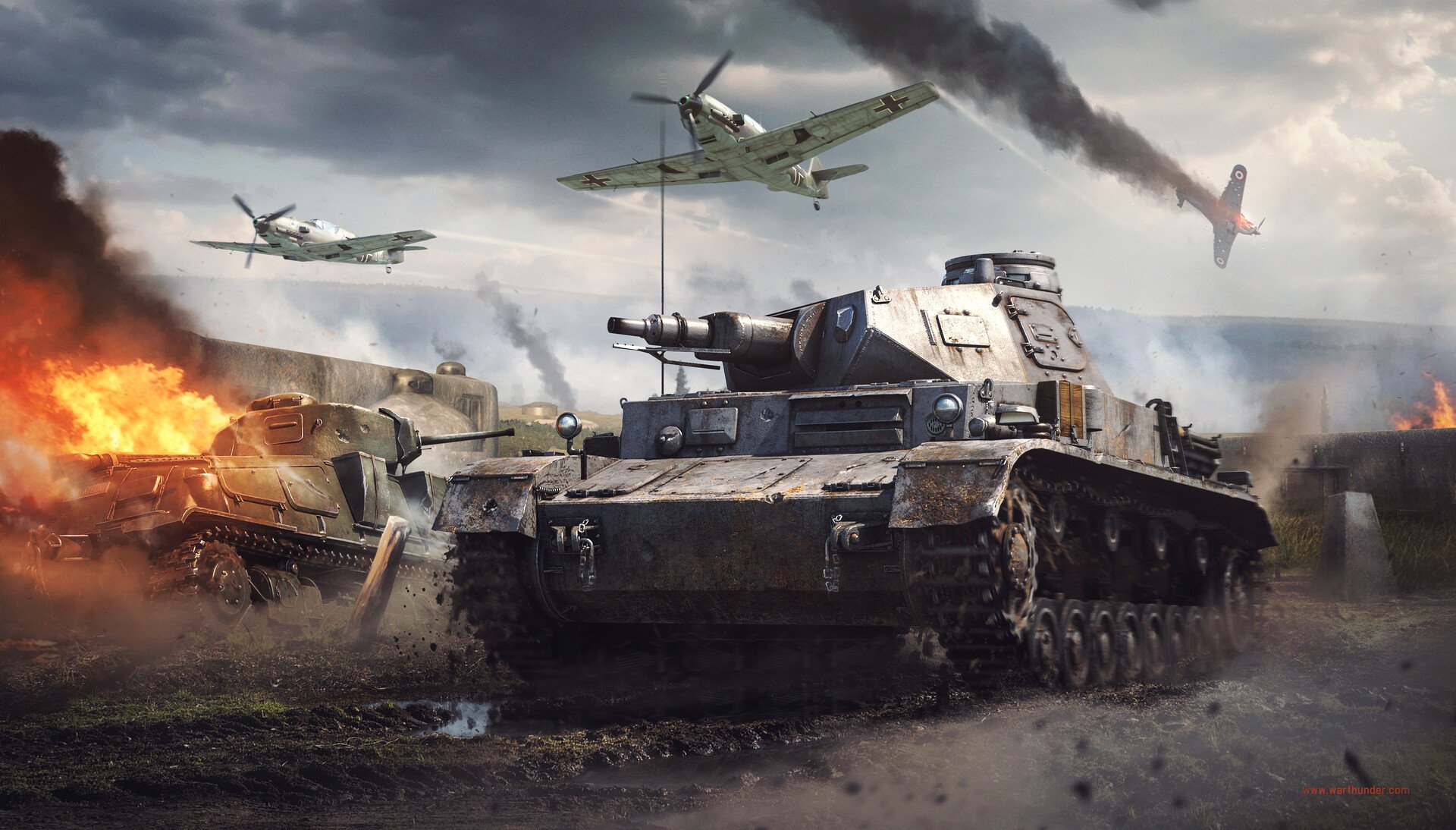 What is War Thunder

War Thunder is an MMO PVP game featuring tanks, planes and ships, which you can drive or fly to battle against millions of other players. You start the game with tanks from early world war 2 to modern MBTs. While playing, you collect research points to research new vehicles.

Goal of the game

The goal of War Thunder is to collect as many vehicles fro different nations as you want.

War Thunder was developped by the russian game studio Gaijin. It released on 21. December 2016 and itßs still beeing updated regularly.